A downloadable game for Windows

Nethack is the most celebrated member of the ancient and honorable family of games descended from Rogue and hence known as "roguelike": bare-bones ASCII-graphics adventures set in randomly generated dungeons, in which the player fights monsters and collects items until he or she dies.

Vulture for NetHack in an isometric graphical interface for the roguelike engine: NetHack. Wrapping the original ASCII text dungeons of NetHack, Vulture brings this great game into the graphical point and click world while still preserving the original keyboard commands for those wishing to play as it was intended.

Recently, you have begun to find yourself unfulfilled and distant in your daily occupation. Strange dreams of prospecting, stealing, crusading, and combat have haunted you in your sleep for many months, but you aren't sure of the reason. You wonder whether you have in fact been having those dreams all your life, and somehow managed to forget about them until now. Some nights you awaken suddenly and cry out, terrified at the vivid recollection of the strange and powerful creatures that seem to be lurking behind every corner of the dungeon in your dream. Could these details haunting your dreams be real? As each night passes, you feel the desire to enter the mysterious caverns near the ruins grow stronger. Each morning, however, you quickly put the idea out of your head as you recall the tales of those who entered the caverns before you and did not return. Eventually you can resist the yearning to seek out the fantastic place in your dreams no longer. After all, when other adventurers came back this way after spending time in the caverns, they usually seemed better off than when they passed through the first time. And who was to say that all of those who did not return had not just kept going?

Asking around, you hear about a bauble, called the Amulet of Yendor by some, which, if you can find it, will bring you great wealth. One legend you were told even mentioned that the one who finds the amulet will be granted immortality by the gods. The amulet is rumored to be somewhere beyond the Valley of Gehennom, deep within the Mazes of Menace. Upon hearing the legends, you immediately realize that there is some profound and undiscovered reason that you are to descend into the caverns and seek out that amulet of which they spoke. Even if the rumors of the amulet's powers are untrue, you decide that you should at least be able to sell the tales of your adventures to the local minstrels for a tidy sum, especially if you encounter any of the terrifying and magical creatures of your dreams along the way. You spend one last night fortifying yourself at the local inn, becoming more and more depressed as you watch the odds of your success being posted on the inn's walls getting lower and lower.

In the morning you awake, collect your belongings, and set off for the dungeon. After several days of uneventful travel, you see the ancient ruins that mark the entrance to the Mazes of Menace. It is late at night, so you make camp at the entrance and spend the night sleeping under the open skies. In the morning, you gather your gear, eat what may be your last meal outside, and enter the dungeon...

In order to download this game you must purchase it at or above the minimum price of $2.99 USD. Your purchase comes with a Steam key. You will get access to the following files: 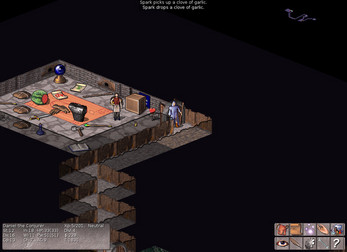 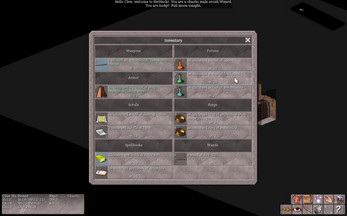 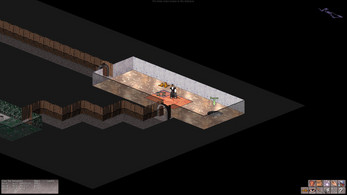 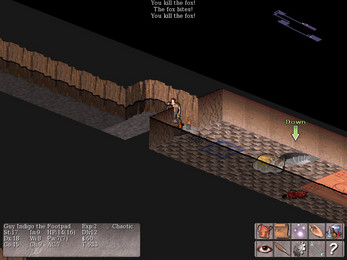 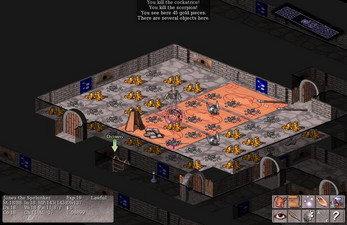